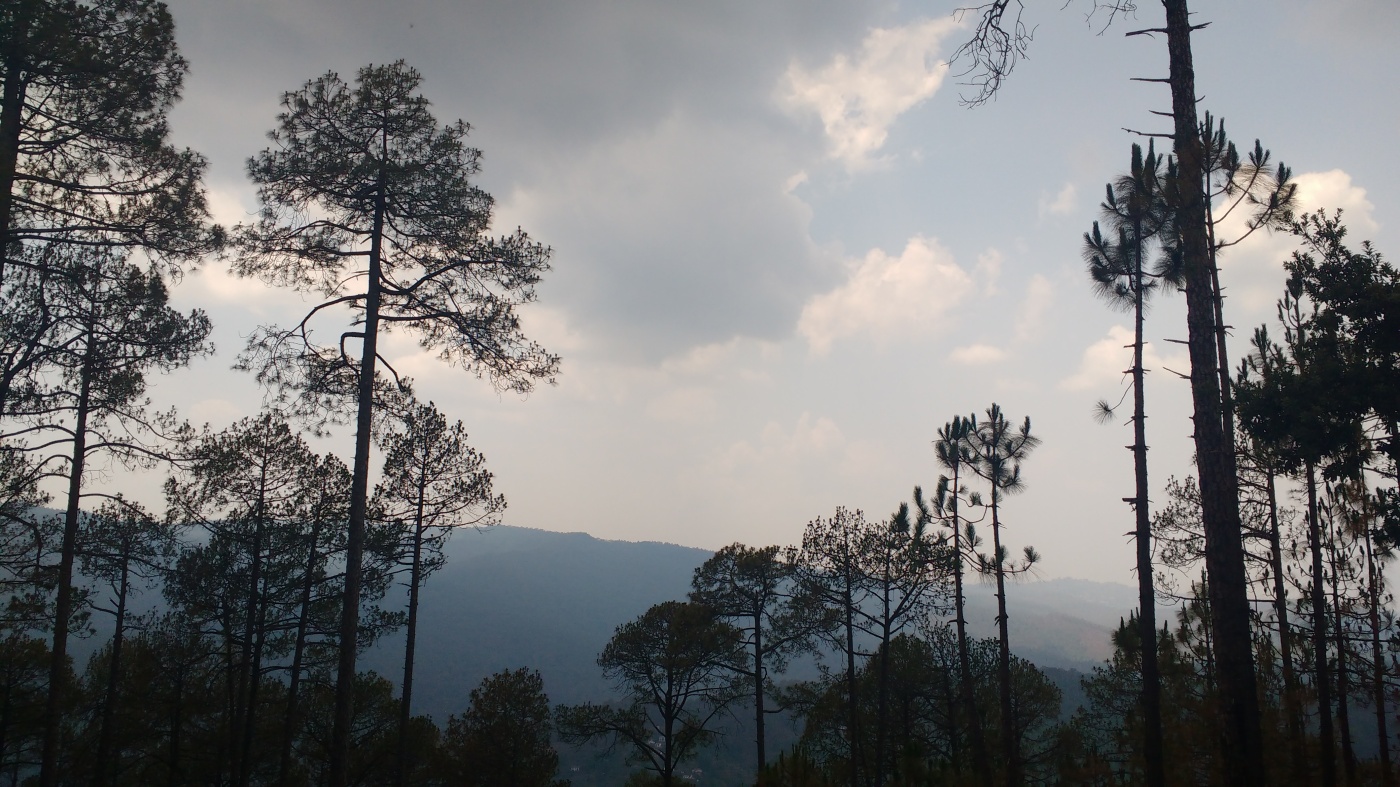 Background: A small travel story, i hope you will enjoy it.

Since an early age I have been volunteering for travel companies, who take children to spend an adventurous summer. My passion has always been to travel the farthest. So gathering up all my courage and my backpack, on 27th May 2017 I stepped out of my home for a solo trip to Uroli. Located 6131ft. above mean sea level, its a few kilometers above Nainital and 27km away from Ranikhet by bus. I finally reached a small village on the bus where I saw the villagers doing their daily chores. They scanned me from top to bottom, but I gave them a pleasant smile so they would allow me to stay for the night. In India the people living on the mountains are friendly and stand true to the saying “Athiti Devo Bhav” (A guest is equivalent to God) and so they took me in willingly, providing me with a cozy warm bed and a delicious dinner for the night. As I woke up to a beautiful sunrise in the morning by the sound of my alarm, I was ready to start my adventure.

I walked a few miles, in the morning confirming the address, from where the trek was to be started. When I finally reached the foothills of the mountain I was to climb, I stood there for a moment and scanned the mountain side. Though the mountains were not very tall, the pagdandi (trails) were the real challenge. The weather was mild, the sun shined above me, as I had started my trek early in the day. The whole mountain area was covered with lush brown colour, with the pine needles from skyscraping pine trees, giving the mountain its color. With clear sky above my head, I carried on with my trek, already contemplating the place to rest for the night.

It was the middle of the day and I had walked continuously for about 4 hours, taking short breaks to hydrate of course. I started feeling hungry and I could see no place where I could light a fire and cook something for lunch, because of the pine needles there was also a risk of lighting the whole mountain on fire and burning myself with it. So I sat for a while eating what could have been eaten without the requirement of it being cooked. After having sufficiently filled my stomach with biscuits and water, I knew I had a little time to rest according to my map timings.

The place where I was sitting was covered by the shade of a tree. The cool breeze, and the comfort of the shade, made my eyes heavy, and in no time I fell asleep. It must have been the weather and tranquility, and the fact that I had woken up early in the morning and had walked for 4 hours non-stop. When I woke up, it was about 3 o’clock in the afternoon, way over the time limit on which I had decided to start back. So I hurried back on my track, because I had to find the camping land shown on the map.

I am a crazy fan of sunsets, so to witness this beauty when the sun was at the bottom of the horizon, I started to walk slow, taking in the beauty that the nature had to offer. When the sun was about to disappear, I decide to stop to remove my jacket and my guiding light. After taking out the necessary equipments I started staring into the horizon, witnessing the utter grandeur of a setting sun. I hoped the serenity of the nature would calm me down, and rationalize my thinking, as I knew I was already behind my schedule.

After the sun disappeared from the horizon, leaving only a little light behind I decided to move along in my journey. Looking into the map, I realized that I had about 3-4 hours more to walk. I kept climbing at a faster pace. The hours passed by, I became tensed, my heart started racing faster, and as I had a breathing condition, I had to take more stops than I did before. Walking for about an hour now, the little light from the sun had disappeared, the moon shined brightly allowing me to see only a little in the darkness.

I read in my research that the mountains of Uroli had dangerous animals, like leopards, the most harmful snakes and jackals, but I was sure I was not going to encounter them. After walking for another two hours, I saw the camping land and in my excitement hurried to the place, threw myself on the ground and laid down with relief. As it was a set campers place for the night, I was sure that before me some campers had camped in this very place, as there was a hole dug in for the fire. I used the same hole, to light my fire and cook my food. Till the time the food was being cooked, I pitched my tent, spread my sleeping bag and waited for the food to be cooked.

I had made inquiries and found out that, the weather changed in just matter of time one minute the sky was clear, flaunting the stars and next the thunderstorms struck and it started to rain. I had to take my food inside though I kept my tent’s door open. I sat inside comfortably and enjoyed the meal that I had cooked. I was busy eating, and suddenly I heard sounds, of something running. I panicked, it was my first time in the mountains alone, and I did not wish to die. I was too scared to sit inside and too scared to see what it was. So I opted for the latter, I gathered up my courage and opened the back window of my tent and looked. Jackals stood about 500 ft away from my tent. They did not growl or attack, they just stood there. I did not know what to do, it was still raining outside, so I decided to pull out my pocket knife, curl up in my sleeping bag, and call it a night, but as petrified as I was the curiosity of jackals standing outside my tent did not allow me to sleep.

Few hours passed away, and they did not flinch. So I decided to do something. As soon it stopped raining, I stepped outside the tent and tried to shoo them away, but they did not even cringe a muscle. So I stepped back inside. After sometime I had an absolutely absurd idea, first I decided against it. One peep outside into the eyes of the jackals I decided to go ahead with my decision. I stepped outside the tent again and I did what animals do best, I peed to mark my territory near the tent, and shouted at the jackals, “Mine, and yours” as I had seen in the movie Life Of Pie. At least this way I would be a little relieved that they wouldn’t come near the tent, I still had my doubts though, if the human pee works the same way as the animal? But after that I spent the whole night in my tent, apprehensive, yet a little calm. The pocket knife still my hand, I woke up to the sharp rays of the sun and chirping birds. With caution I opened my tent door avoiding sudden movements I first peeped out, and there were no jackals in the near site of my eyes. My eyes fell on the horizon and far off were the beautiful Himalayas. I did not know what happened in the night. I knew that I was alive in the morning and I was happy about it. Just when I had finished my breakfast, I saw cattle approaching. On arriving, I greeted the man with a smile and a pleasant good morning, he returned my greetings and asked how my night was. In reply to his question I described the whole incident of the night. He gave a smirk and told me, that I was very lucky to have had jackals, in the night. He told me that there is almost every night a visitation made by the leopard for water and because there were jackals, I was. I bid goodbye to man and he did the same. I thought about what he said, it was definitely a superstition, but the fact that the jackals were there in the night, posing as protectors was enough for me. My rest of the trek went on smoothly, and as I had peaked my trek, the clear sky showed me the beautiful outer Himalayan ranges far in the distance glorifying their magnificence. I met other trekkers at the end of my uphill battle and decided to hitch along with them for the downhill trek. The jackals posing as protectors against the leopard was the last thing I had expected on this highly adventurous trek in the mountains of Uroli. The delightful end to this adventurous trek, with other trekkers was the only add on I needed to etch this trip as the best one in my small but brave autobiography now making me a true traveler.

Thank you for reading!

2 thoughts on “Protectors In Disguise” 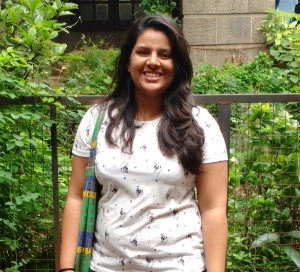